Book review: or how The Good Table bruised my toe

I was lucky enough to be sent this recipe book - The Good Table, by Valentine Warner - by the publisher, as a competition prize. The only condition was that I might like to write a review of it, here or on Amazon.

And truly, that's been no hardship to do, because overall this is a beautiful book to handle, look through, and read. The photographs of the finished dishes are stunning. The only complication really was that it somehow ended up tucked away under the sofa, at the furthest corner. (I blame the cat.)

I'm physically disabled, and inevitably that affects my perception of everything I do and experence.. The Good Table is a big book (hardback, nearly 12 inches tall,over 7½ inches wide and over an inch thick.). I just dropped it on my toe while I was moving it to go for a drink and it hurt like hell. Seriously.

For those of us with weak arms and hands, that can cause significant problems. It's very difficult for me to lift The Good Table at all! The binding does mean though that the book lies open at the chosen page, even if that's at the start or end of the book. A rare thing, and very useful for a recipe book.

As you can imagine, there are a huge number of recipes spread throughout its 368 pages, ranging in complication level from 'Boiled new potatoes with Stinking Bishop & spring onion' and 'Baked potatoes with garlic & cream' up to...well, I looked through the book for a dish that would be particularly complicated, and couldn't find one.

Certainly there are some that wouldn't be for novice or nervous cooks, but part of the stated aim of the The Good Table is to help restore the cooking skills of the country.The book includes a number of  'how-to' guides: for instance, how to put together a steak & kidney pudding. If less experienced cooks follow these, and move from less to more demanding recipes, Warner hopes that some of our lost cooking skills can be reestablished.

I haven't yet cooked anything from Warner's book: but some of the recipes sound so tempting, that I know I will very soon. How could anyone resist 'Floating islands with espresso caramel sauce'? And it's wonderful to have a recipe for chai. 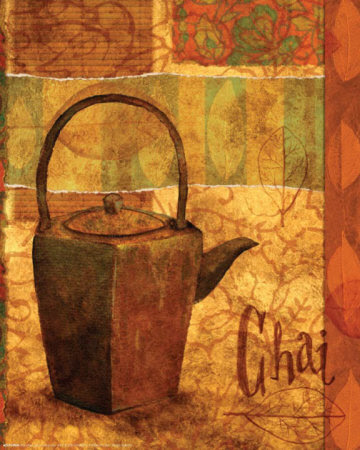 Looking at the recipes from a disability point of view, things are a little more difficult. Many of the recipes are well within my capabilities, and I look forward to making them. There are however very many that would just be far too tiring: taking too long, or involving too much stirring or lifting, for instance. Others could possibly be risky because of chopping, cooker flames, and so on.

So speaking as a disabled person, I'm delighted to have won The Good Table. Would I pay out £25 for this heavy hardback version, with more than half of the recipes being ones I can't make? Well, no. I don't think I would, to be honest. But if you're able-bodied and you like cooking, or want to learn more about it, go for it. It's brill.
Posted by Funky Mango at 14:42 1 comment:

Again, a short research review this month. My apologies.

First, an extremely interesting and important genetic study, that has received a lot of media attention. Researchers looked at more than 10,000 people with MS from 15 countries, as well as more than 17,000 healthy controls. We already knew about more than 20 gene differerences that may contribute to people getting MS. The large numbers involved in this study allowed them to find another 29 genetic variants that could contribute.

About half of all the gene variants known to be involved affect the immune system, and one-third have been implicated in other auto-immune diseases, such as Crohn's disease, coeliac disease, rheumatoid arthritis, lupus, and type 1 diabetes.Knowing which genes are involved in MS could potentially help new treatments be developed, including the possibility that treatments already in use for one auto-immune condition could be used for another.

I've mentioned the common herpes virus HHV-6 before. It causes the childhood infection roseola, marked by a chest rash and high fever. However very little is known about it, including how it manages to reach the brain to be implicated in causing conditions like MS, encephalitis and a form of epilepsy.

These American researchers found high levels of HHV-6 in the olfactory bulb (a part of the brain associated with smelling) and in nasal mucus, in over half of their samples. They also discovered that specialised cells connecting the nose to the brain are susceptible to infection by the virus. As ever, more research needed. It could be that infection entering the brain via the nose causes a different disease result from infection entering by another source. This is a really interesting study though.

It's well-known that MS, as well as other auto-immune diseases like lupus and rheumatoid arthritis, are considerably more likely to attack women than men, but it's never been clear why. Now American researchers have discovered a new type of immune system B cell: these make antibodies, which go on to bind to and attack the body's own tissues.

The researchers found higher levels of these cells in elderly female mice, young and old mice prone to auto-immune disease, and humans with auto-immune diseases. They are now seeking a way to treat these diseases by blocking production of the cells.

A very big MS-related story at the moment is vitamin D exposure. A group of American researchers compared vitamin D exposure between childhood (whether the individual had been given cod liver oil) and disease onset (sun exposure in the previous winter) with how rapidly they were progressing.

They found a close link between a low level of vitamin D exposure before disease onset and slower disease progression. They were working only with people with progressive MS, and with quite a small group, so research is needed with a larger group and with people with the relapsing remitting form as well to see if the same results are seen. A really worthwhile and interesting study though.

Daclizumab (Zenapax) is a monoclonal antibody, currently going through trials. In this recent global trial, where daclizumab was injected every four weeks, it reduced relapse rates by around half compared to taking a placebo. There was however an increased risk of infections. Daclizumab is now in phase 3 trials, where it's being compared with beta interferon 1a. 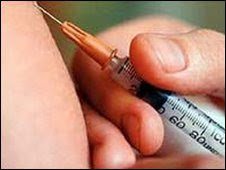 Finally, news on two treatments for MS symptoms. First, the Irish Medicines Board has given approval to the use of Botox for urinary incontinence for MS following the biggest ever clinical trial of Botox for neurogenic overactivity of the detrusor muscle. The study demonstrated that treatment was effective within a couple of weeks and lasted for 8-10 months.

Botox is already in use in the UK, and this large study just confirms its utility. It's an important step towards gaining licences in those countries where it's not yet used.

Many of us with MS, diabetes or shingles know the terrible, ongoing problem caused by nerve pain. Current drugs may not help at all. Now British researchers have discovered that a gene called HCN2 is involved in causing the excessive "firing" of pain-sensitive nerves.

In experiments with mice genetically modified to have the gene removed, disabling the gene was found to relieve chronic and inflammatory pain, but without reducing reactions to acute pain, the type caused by a sudden injury. This is crucial: responses to injuries can be vital to our survival. The researchers hope that they'll be able to develop a drug to block the protein produced by HCN2, so the same effect can be seen in humans.

That concludes this month's research review. Again, apologies for the limited number of items covered, but I hope you'll agree there are some really interesting studies in there.