First aid. It's all about grazed knees and sprained ankles, right?

New research by St John Ambulance has found that we're over 4 times as likely to think that more people die of cancer than from a lack of first aid, even though there's compelling evidence to take both equally seriously. Up to 140,000 people every year die in situations where first aid could have saved their lives - as many as die of cancer.

People's reasons for not learning first aid are that they think it would be too time-consuming or it's not a priority to them. A worrying 41% say it would take the death of a loved one to make them learn first aid.

St John Ambulance has launched a new awareness campaign, including a hard-hitting TV advert, Helpless. It follows the journey of a man who is treated for cancer and survives, only to choke at a family event because nobody knows the treatment to save his life. You can view the advert below.


Cancer is a serious disease, which kills tens of thousands of people each year. When a loved one has cancer, although we do all we can to support them, over three-quarters of people are consumed by a feeling of helplessness.

‘In situations where first aid could help save a life we don't have to feel helpless, because learning life saving skills is so simple. That's why it's so concerning that fewer than 1 in 5 of us knows even basic first aid. This has got to change if we are to stop up to 140,000 lives from being needlessly lost each year.

'Our message is that first aid is simple to learn – just text HELP to 80039 for a free pocket guide so you can be the difference between a life lost and a life saved.

Please, get the pocket guide, read St John Ambulance's first aid advice pages, or (preferably) go on a first aid course. It's vital knowledge. You never know when you might need it!
Posted by Funky Mango at 11:10 1 comment:

This season Strictly Comes Dancing turns 10. That’s a fair old age for a reality show. In the competitive early Saturday evening slot, can it maintain its viewing figures without constantly reinventing itself and alienating its core audience?

With Moira Ross as its executive producer since 2010, the show became increasingly reliant on props, gimmicks and shock tactics, from sequin-covered wellies for a Countryfile presenter to aggressively heterosexual competitors snogging very camp judges as part of the choreography. It was hard to recognise the dance being performed. The audience share grew considerably, but many diehard fans became disenchanted. The name Strictly Come Dancing appeared less and less appropriate.

Ross moved on at the end of the 2011 competition, to take charge of the BBC’s massive flop The Voice. So what of this year? Will things be any different under new co-executive producers Andrea Hamilton and Glenn Coomber?

Clearly, the show needs a good mix of celebrity contestants. But it’s disappointing to see that all the usual suspects are there yet again: The Ex-Eastender (Sid Owen); The ITV Daytime Presenter (Richard Arnold); The Older Man (Johnny Ball – and be prepared for endless jokes both about his age and about him being the father of Zoe Ball, host of It Takes Two); The Boy Band and Girl Band Members (Nicky Byrne and Kimberley Walsh); The Retired Sportsman (Michael Vaughan); The Fat One (Lisa Riley); The Ringer (Denise van Outen); The Game Old Girls (Jerry Hall and Fern Britton); The Actor You Recognise When You See Him (Colin Salmon); and The Children’s TV Star (Dani Harmer).

The only novelties are two medal-winning 2012 Olympians (Victoria Pendleton and Louis Smith). It’s a shame no Paralympians were included in the cast, but this was probably both impractical given the training timescale, and a mercy given some of the less sensitive jokes and comments they and we might otherwise have been subjected to.

The purpose of Saturday night’s 65-minute launch show was for the celebrities to be introduced to their professional dancing partners. This is a slim enough premise, so it was padded out with group dances, training VTs, and a performance by Mika.

The partnership reveals were fairly unspectacular, and in the main uncontroversial. The only one that seemed a little...odd...was the pairing of actor Colin Salmon with professional Kristina Rihanoff. There’s around a foot difference in their heights, so even when Rihanoff is wearing heels the differential will be substantial. It’ll be interesting to watch how she compensates.

There were some very good things in the show. New judge Darcey Bussell performed a beautiful rumba-based American Smooth with Ian Waite, which incidentally showed yet again why Waite should never have been dropped from the programme’s roster of professional dancers. A professional group cha-cha was good on the whole, although some of the lifts went a bit awry. As seems to be traditional in Latin dance, the men were either wearing wifebeater vests or had forgotten the purpose of their shirt buttons.

For instance, one thing that had not changed from last season was Bruce Forsyth’s level of presentational skills. It’s really not very professional to have to read the name of the programme’s new judge from a cue card, on camera. Moreover, actor Dani Harmer, wearing one of the show’s typically skimpy costumes, looked thoroughly uncomfortable when he put his hand on her back and asked if it was cold. And I’m not sure the situation was much improved when he moved his hand to the top of her head, as if leaning there (she’s not a tall woman).

Speaking of costumes, the Wardrobe department continue to struggle with dressing anyone over a size 12. They’d put Fern Britton in what can only be described as a pink sack with fringes, while Lisa Riley had been adorned with a stretchy blue wraparound curtain and a brooch. Neither flattered.

The programme finished with a group dance including both professional and celebrity dancers. It’s really too early to say definitely who shows promise, but Louis Smith, Dani Harmer and Colin Salmon all looked good. Nobody obviously had to be pushed into place, which is always a good sign! So much depends on the developing partnerships though, and what happens over the three weeks of training before the first full competitive week of the programme.

It would be wonderful if the new season of Strictly meant we’d be seeing more dancing and fewer pointless VTs, backstories, poorly delivered jokes, autocue and cue card fumbling, inappropriate behaviour, and so on. I’m not hopeful. But I’ll still be watching!
Posted by Funky Mango at 15:00 3 comments:

Email ThisBlogThis!Share to TwitterShare to FacebookShare to Pinterest
Labels: media

Fighting in the disability movement

So, look. There are a lot of rucks going on inside the disability movement at the moment: arguments breaking out, people blocking other people on Twitter, not-so-subtle digs in articles and blog posts...the list goes on. 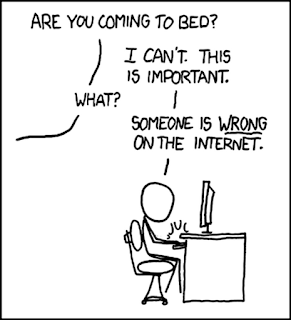 I don't know anyone who likes it like this. Most people I've heard from hate it, as I do.

Many things contribute, I think. But in happier times, when we weren't being assailed by the Coalition's attacks on the jobs, incomes and even lives of many disabled people, we wouldn't be trying to pull together in one movement. There are many of us within the anti-Coaltion, anti-WRB movement who would otherwise be fighting and leading our own campaigns. We like to be in charge. We find it difficult to be told we're wrong. (And yes, before you all tell me, I'm fully aware that I'm as guilty of that as anyone else!)

And many of us operate on a hair-trigger anyway: quite aside from the aforementioned Coalition actions, things like pain, fatigue, and other effects of our impairments can have a huge impact. Then there's family issues, again potentially so stressful and painful.

And if you're putting yourself "out there" on social media, you tend to attract trolls: no-marks with nothing better to do than hurl abuse, and who don't care that there's a real person at the other end. The sensible thing to do, of course, is to block them. But people like us don't like not getting the last word.... 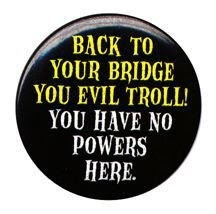 So what can we do? These are my ideas - grateful for any more (but no obscenities please ;-)

Now, if I could only learn to take my own advice...

Edited to add: This excellent post by @markoneinfour looks at these issues from a specifically mental health perspective.
Posted by Funky Mango at 18:09 9 comments: