There's been some very interesting research announced this month. Some of it is pretty technical, but once I've worked out what it means myself, I'll do my best to translate it! 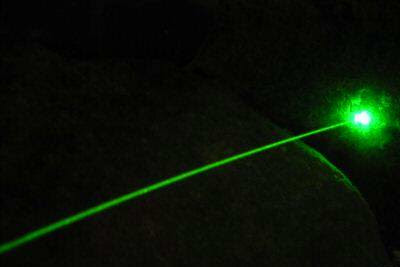 American and Canadian researchers have developed an imaging technique using lasers that allows them to see the amount of damage the myelin sheaths around nerves have sustained. Previously, such measurements could only be obtained by removing the nerve and slicing it into layers - which was only possible once the patient was dead! So far, this research has only been carried out on animals, but it could in the future be used as a diagnostic tool for conditions like MS.

The body has developed what is generally a very effective barrier between the blood and the brain, to keep anything potentially harmful from moving between the two. While this is generally very useful, it can pose a problem with getting drugs into the brain to treat conditions like MS, Alzheimer's disease, and cancers of the central nervous system.

Now a group of American researchers have found that a molecule called adenosine can help large molecules enter the brain. An existing drug called Lexiscan, which is based on adenosine and is used in heart imaging for very ill patients, briefly opens the blood-brain barrier. In MS, confusingly, research is also focusing on how to tighten the barrier, to stop destructive immune cells getting in to the brain and causing damage.

There's been a lot of research, and talk in the MS community, about the possible beneficial effects of taking fish oils for people with MS. Researchers from America looked at the effects of taking omega-3 fatty acid. They found that it had a significant impact on a molecule called matrix metalloproteinase-9 (MMP-9), which is associated with disruption of the blood-brain barrier, and immune system T cells getting into the brain. Their results suggest that taking Omega-3 supplements may benefit people with MS: they don't suggest amounts. That (as ever) will be for further research.

Another group of American researchers looked at how the body metabolises fatty acids. The speed of metabolism is controlled by an enzyme called carnitine palmitoyltransferase 1 (CPT-1). The researchers controlled the amount of CPT-1 in the animals they were working with, and found a reduction in disease severity as well as less inflammation and demyelination.This research is a long way from any clinical use, but it sounds a potentially useful therapeutic target for MS.

They then treated mice with a disease similar to MS with injections of allopregnanolone and found that they maintained a better protective myelin coating on their spinal cords than mice receiving the placebo.They also had significantly reduced disease severity compared both with the mice receiving the placebo and their own symptoms before treatment.

Next, two treatment stories relevant to particular countries. The first North American stem cell trial for MS has been approved: as a Phase 1 trial it will assess the feasibility and safety of using the body's own stem cells to treat MS.

The procedure will consist of harvesting the patient's mesenchymal stem cells, culturing them in a laboratory, and then injecting them intravenously back into the patient. Mesenchymal stem cells have a wide range of effects, varying from lessening immune activity to encouraging tissue repair. Study participants will be closely monitored for six months after the procedure. If it's shown to be safe and feasible, an application may be made for a larger, controlled trial, including the use of a placebo procedure.

Fampridine (Fampyra) has just been launched in the UK. I did a separate post about this drug, which aids walking in some people with MS.

The researchers found that both immediately after 5 weeks treatment and 6 months later less fatigue was reported. There was no difference in physical disability. They suggest that neurocognitive rehabilitation could be a useful strategy for treating people with MS.

That's the roundup rounded up for this month. What will the next month bring? Only time will tell!
Posted by Funky Mango at 16:26