Every breath you take....

My friend got a Brown Envelope from the DWP yesterday (they deserve the capitals). 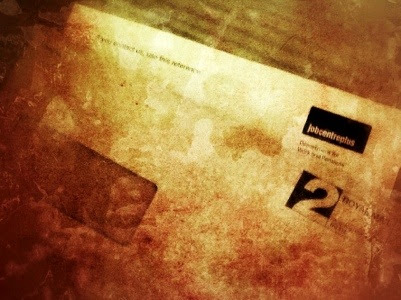 DWP envelopes are terrifying: they contain our futures. Another friend spends most of her time in bed, barely able even to sit up. The letter in her envelope demanded that she attend a medical to decide whether she can get ESA. She was given two alternative locations: the nearer is on the third floor with no lift (she uses a wheelchair) and the other is 2 hours journey away, on inaccessible public transport.

The first person I mentioned got good news: following an appeal, she's in the support group for ESA (as she should be). But she's still uneasy. She can't help worrying that the DWP are filming her on "good" (read: less bad) days.

I confessed that I worry I'm being filmed through the windows of my house, if I do something like lift the kettle. She felt the same.

Others joined in the conversation. It began to seem that this was quite common.

Certainly, it's good to know I'm not alone in my paranoia. But isn't it dreadful that so many people are being made to feel this way?

Constant media coverage of benefit scroungers, and misleading use of statistics. Politicians with anecdotes of someone they met once who was really quite fit for work, honest guv. Dob-your-neighbour-in hotlines.

Just because you're paranoid doesn't mean they're not out to get you.