A friend of mine died a couple of years back, of heart failure. Heart problems are very common, anid have many possible causes. He also had a condition called obstructive sleep apnoea, which has long been linked with heart problems. But nobody's ever quite known why.

Obstructive sleep apnoea, or OSA, is surprisingly common, affecting almost a quarter of men and almost one in ten women. The muscles and soft tissues of the throat relax and collapse, blocking the airway wholly or partially and therefore interrupting breathing. 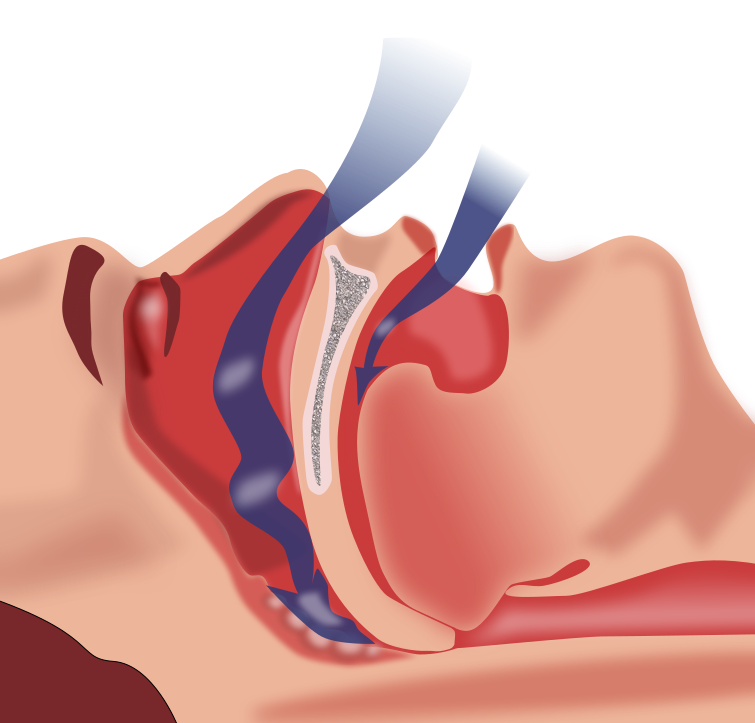 Now, for sleep to serve its purpose, we have to spend a certain amount of time in a state of deep sleep. Each time you have an episode of OSA, you enter lighter sleep or even wake very briefly in order to restore normal breathing. This cycle can repeat many times a night, up to once a minute in extreme cases.

These repeated sleep interruptions lead to the person with OSA feeling very tired during the day. They have no memory of the periods of breathlessness, so are often unaware that they are not sleeping properly.

Among the complications of OSA are heart problems: increased heart rate and blood pressure, and heart attack. The mechanism by which this happens has never been understood. Now a group of researchers at George Washington University in Washington DC seem to have uncovered it.

Our resting heart rate is maintained at an appropriately low level by a group of parasympathetic neurons in the brainstem. By mimicking OSA in rats, the researchers discovered that during OSA episodes the activity of these neurons is inhibited, leading to an increase in heart rate and the possibility of irregular heartbeat and high blood pressure.

It's too late for my friend David. But now researchers know where to focus their future work. They must try to restore the normal cardio-protective function of these neurons in people with OSA, to reduce the risk of cardiac problems, so that OSA no longer carries the risk of death.
Posted by Funky Mango at 08:43