The Last Leg, that fabulous show, announced its guest for this week's edition a couple of days back - and it's reignited an old controversy.

That guest is Ricky Gervais, and many people are concerned that a programme which got its start during the London Paralympics, and is still very disability-focused, should have as guest the man who notoriously called people "mongs", and who made Derek, a series about a man with learning difficulties, which again was widely felt to be insensitive and offensive.

Those of us who have expressed our concerns to The Last Leg's Twitter account have had many replies from Ricky Gervais fans, who don't share our concerns (to put it mildly). I've sent several of them the link to a previous post here about it, because of the space limitations on Twitter. This post is about something slightly different, though. 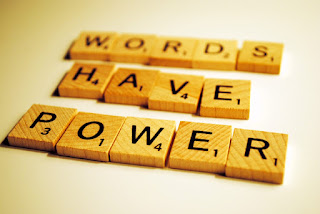 When someone is asked not to use certain words as insults (retard, mong, spastic, crazy... etc etc), a frequent response is, "But I wasn't talking about real disabled people!" Thing is, that's not good enough. And here's why.

If you call your slightly socially awkward friend "autistic", or describe yourself self-deprecatingly as "OCD" because you like your house to be tidy, what you're saying is being like that is a bad thing. That people with those conditions are "less than". So I'm sorry dude, but you were talking about real disabled people.

Words have power. They can empower, or they can diminish. If someone with a disability (or from another oppressed group) asks you not to use a certain word because it's offensive, is it really that much trouble to think of an alternative? It's not being PC - it's having decent manners. That's all there is to it.
Posted by Funky Mango at 14:48