Well...SO many interesting bits of research this month, I've decided to split this roundup into two parts. Part 1 (this bit) deals with risk factors for MS, links between MS and other conditions, diagnosis and symptoms of MS, and some basic science. Part 2, here, will deal with treatments.


There is yet more evidence of a link between vitamin D and MS. American researchers have found that disease risk and severity is linked to levels of vitamin D3. Levels of D3 are mainly dependent on exposure to sunlight. 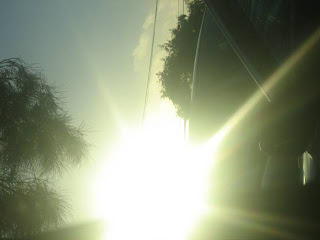 Meanwhile, Canadian researchers have been investigating the role of Epstein-Barr virus in MS. Epstein-Barr is the virus that causes glandular fever (mononucleosis). It was already known that people with MS were more likely to have antibodies to Epstein-Barr virus than healthy people. These researchers found that Epstein-Barr can infect the cells forming the boundary between the blood and the brain, allowing cells of the immune system to enter the brain and causing inflammation of brain cells.
Spanish researchers have added to the increasing evidence that people with one auto-immune condition are more likely to have others, by showing that people with MS are more likely also to have coeliac disease. The prevalence among MS patients was 5-10 times that among the general population. They suggest that a gluten-free diet could help not only the intestinal symptoms but also neurological ones.

The complement system is part of the immune system. It consists of a number of small proteins which when stimulated, split to release an amplifying cascade of further cleavages. The end result is massive amplification of the response and activation of the cell-killing membrane attack complex. Over 25 proteins and protein fragments are part of the complement system. Chinese researchers found 7 proteins at abnormal levels in the CSF of people with MS. They suggest that this could be used as a test for the presence of MS, and could possibly give clues as to the cause.

Tests of eye movement are sometimes used to test for diseases such as MS and schizophrenia. For instance saccades, or very fast eye movements, have always been assumed to occur in only about 3% of the population. In this British research, British partipants' eye movements were compared with Chinese. While as expected only 3% of the British particicpants had the fast eye movement pattern, 30% of the Chinese group did. This could be a cultural difference, or down to basic differences in brain structure. Existing maps of the brain are largely based on European populations. Further research is now being done. 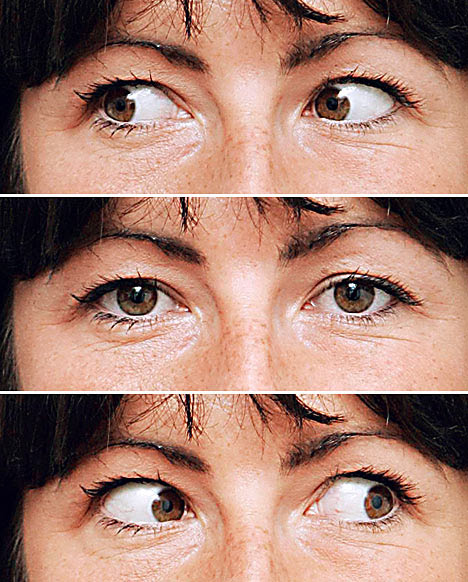 Pseudobulbar affect, (PBA) also known as emotional lability or emotional incontinence, is characterised by involuntary or uncontrollable laughing or crying. It may involve laughing or crying at inappropriate times, such as laughing at a funeral or crying at a funny movie. Because of the crying, PBA is often misdiagnosed as depression and so goes unrecognised. Conditions it can happen in include MS, motor neuron disease (ALS / Lou Gehrig's disease), stroke, traumatic brain injury, and Alzheimer's disease.

The MS Association of America conducted a survey. Almost 20% of those who responded stated that episodes of involuntary crying or laughing happened "frequently" or "often", and 48% of those reporting PBA symptoms found them burdensome. It's important that we recognise if this common, but relatively unknown symptom is affecting us.

Scottish scientists believe they have found a maintenance protein that helps keep nerve fibres that transmit messages in the brain keep working smoothly. The protein, Nfasc186, is vital for maintaining the health and function of the axon - the segment of the nerve fibre that controls transmission of messages. The researchers claim that their work could help with conditions like MS, epilepsy, stroke and dementia.

American researchers have used a cancer drug to block the development of a condition similar to MS in mice bred to develop it. They realised that a molecule called CXCL12 helps to pull the immune system cells into the brain from the bloodstream. A receptor called CXCR7 binds to CXCL12 and helps it operate. The cancer drug was being developed as a CXCR7 blocker. When given to mice with the MS model, immune cells could get no further than the meninges.

A group of German researchers believe that the inflammation of MS causes what they call "focal axonal degeneration" (FAD). FAD can occur while the myelin surrounding the axon is still intact. In the mouse model of MS, this process was reversible if caught early enough, so the researchers suggest it could be a potential target for a therapeutic intervention.

Part 2 of this post deals with research into treatments. It's here.
Posted by Funky Mango at 17:24