For the last month or so, I've really not been well. A succession of UTIs, along with the increase in MS symptoms they bring with them. Antibiotics would stop the symptoms of the infection during the course: but then, soon after, it would return.

Then, at the stage when my wee looked like creosote and smelt like something had died in it, I could barely stand, and was really just hoping I would die quickly...I discovered (/my doctor prescribed) nitrofurantoin. This seems to be the latest thing for persistent UTIs, as a friend has just been given it for the same thing. And you know the best thing? It works. Well, so far at least.

So, it seems I no longer have a UTI. I'm better. 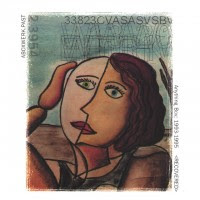 What does that word mean to someone with a long-term illness? I'm never going to be really "better". I have a progressive condition. I'll always have dreadful fatigue. I'll always have cognitive impairment, and all my other symptoms. I can take tablets or injections to help with some things, or work around them, but they're always going to be there.

It seems to me we redefine what "better" means, for us, in our personal circumstances. I'm better because my UTI has gone away: in terms of my symptoms, I'm less worse.

Similarly, we redefine the words describing how we are. I can say "Yeah I'm good", even though I'm in pain and exhausted, because for me, in my terms of reference, that's good.